A common issue that do-it-yourselfers have when changing the oil in their cars is what to do with the old oil they have removed from the engine. Years ago, you could pour the oil back into the oil containers the new oil came in and set it at the curb for the regular trash pickup. However, this has been outlawed in many communities over the years as old oil is now considered a hazardous waste material. Nowadays, you have to take it to a place where it can be recycled or used in oil burning heaters and equipment. Some recyclers can treat the old oil so it can be used again in your car. Here is an overview of how they can do it.

The first step in the process to recycle old motor oil is to remove the water in it. Water gets mixed into the motor oil in your car in a couple of ways. One of the ways is through condensation and the other is through leaks in the gaskets in the engine. Recyclers will use a vacuum distillation process to remove the water. This is done by placing the used oil in large vats that are connected to other vats and heated up. The water evaporates and rises. The water then moves along the hoses to the other vats where it is deposited. What remains in the original vat are the waste oil and the other impurities like metals, detergents, and fillers.

The waste oil is transferred into a machine that will also heat it up. The oil gets poured into the top of the machine and filters down as a blade spins around and pushes it against the side walls of the cylindrical container. Steam is added to the cylinder at certain spots to push the hot condensate made up of the impurities in the oil into shafts that stem off of the main cylinder. The purified oil settles to the bottom of the main cylinder where it is collected.

The hydrotreating process consists of heating the oil up and increasing the hydrostatic pressure on the oil. Hydrogen is introduced during the process to replace the hydrogen that was lost when the oil was used in the car. The hydrogen, through the heat and pressure, is forced into the hydrocarbon molecules in the oil. The hydrogen helps to upgrade the oil into a high-quality mixture that can be used in your car as if it was a newly refined oil.

Read in about 3 Minutes 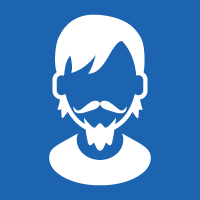 A few months ago, I started thinking about the impact my habits might have on the environment. I was pretty wasteful, tossing everything from plastic bottles to paper packages. I didn't know how to start something like recycling, which is why I was really happy to have a friend on hand to explain it to me. He took me down to city hall, helped me sign up for a recycling program, and explained to me how the process worked. It was really incredible to get so much help from him, and when I was actively recycling on my own, it felt great. Check out this blog for more information.